The upcoming elections are creating a lot of hype not only on ground but also on social media. We are hopeful that a smooth electoral process would take place for the third time in Pakistan.

The excitement is visible from drawing room discussions to television talk shows, and social media posts; however along with this ‘trolls’ have can be seen in action! Social media teams of all political parties are in a race to promote their successes and spreading hate against other parties. While people are airing their misogynist views about women and belittling the opponents.

In the last month a number of incidents have surfaced that should be analyzed in the light of Prevention of Electronic Crime Act (PECA) 2016.

Shaikh Rasheed, Head of Awami Muslim League made derogatory remarks for the film on a live TV program about the Film industry and Rehman Khan (ex-wife of Pakistan Tehreek e Insaf’s chairman Imran Khan). In a conversation with Sachi Baat With SK Niazi on Roze TV on June 17 he said that a thousand prostitutes are better than Reham Khan and said film industry actors and actresses were prostitutes.

These words were not taken well by Armeena Khan an actress known for speaking out her thoughts irrespective of what others think, responded by saying “Who is this man? Why is he using such abusive language against the #filmindustry? And more importantly why is such obscene language allowed on mainstream television?”

She even referred to UK politics by saying, “I am embarrassed for this man. I mean, how do you just sit there and make such statements without realizing the wider ramifications. It chills me to the bone. I mean is he educated? What background does he come from? In the UK, he wouldn’t be allowed anywhere near public office.”

However later she removed those tweets, the reason for this is not clear.

Passing insulting remarks against women is nothing new however when it comes to politicians hardly anyone speaks against them. Armeena did take a stand however later withdrew her tirade inexplicably.

Shaikh Rasheed’s utterances fall under Hate Speech according to the PECA Chapter 1 clause 10, and PEMRA should also look into this as it was on live TV.

On the other hand, a widespread campaign is ongoing against Kalsoom Nawaz, wife of Ex PM Nawaz Sharif and mother of Maryam Nawaz on social media.

Kalsoom Nawaz who is in England for a couple of months now due to her treatment for Cancer, has been the target of a campaign against her and the family especially related to rumors she is dead and the family is hiding her death to gain voter sympathy. This campaign is ethically and legally wrong. A number of pictures also popped up on social media showing that she has died, which was a breach of privacy. 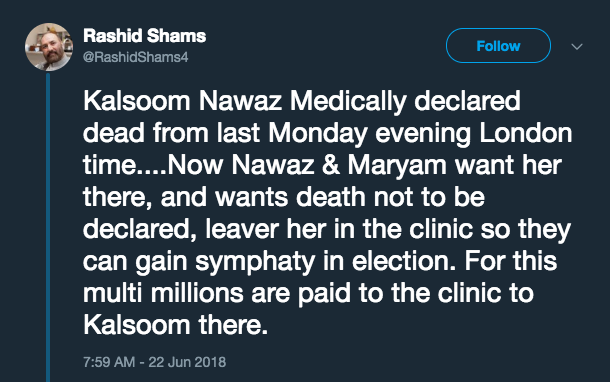 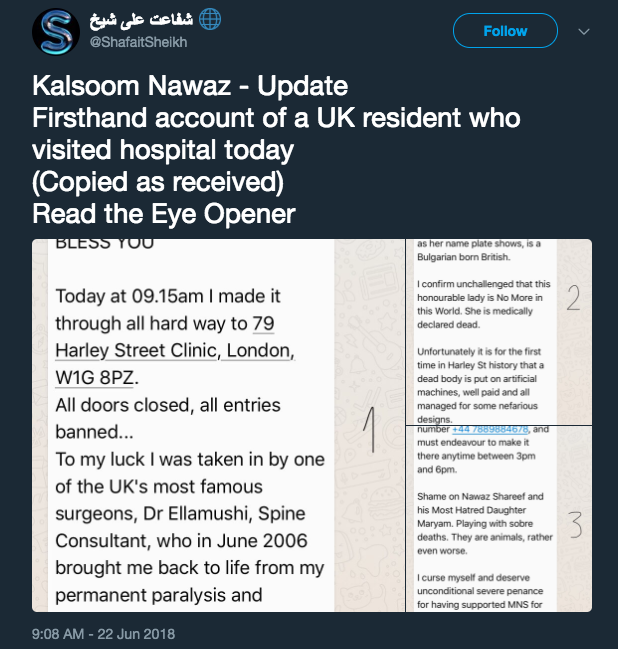 Such videos and pictures do not only harass the family but also spread speculations among the general publics. According to PECA such campaigns can be taken to task.

Since last year a number of cases have surfaced where some bloggers and activists have disappeared. Gul Bukhari a journalist known for criticizing the Military disappeared for a few hours is a recent incident. Her views gained her a large number of people trolling her on social media.

Someone called Mursaleen, a student of NUST and reportedly a PTI supporter, Tweeted right after her disappearance that he wanted to rape her but due to an uproar on social media NUST demanded an apology from him. He tweeted “I apologize for my remarks against Gul Bukhari, and for the anguish caused. My expression and choice of words were unacceptable. I shall be counseled by NUST Centre for Counseling & Career Advisory, and undergo mandatory community service so as to develop respect for women.” 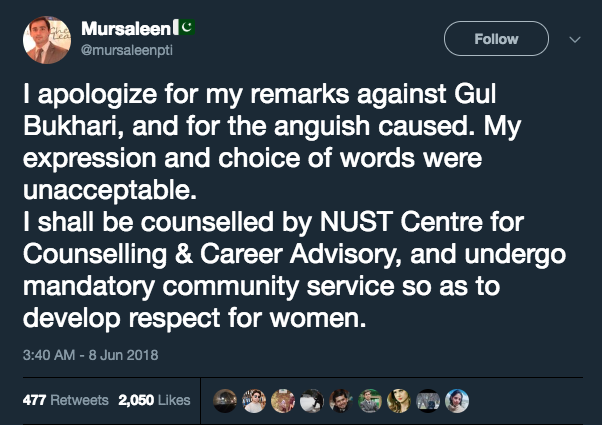 Gul Bukhari also responded to this and tweeted, “Thank you for your apology. You are probably young enough to be my son. I do pray to God that you never wish sexual torture on any woman, leave alone on a woman old enough to be your mother. My sincere prayers for your future. God bless.” 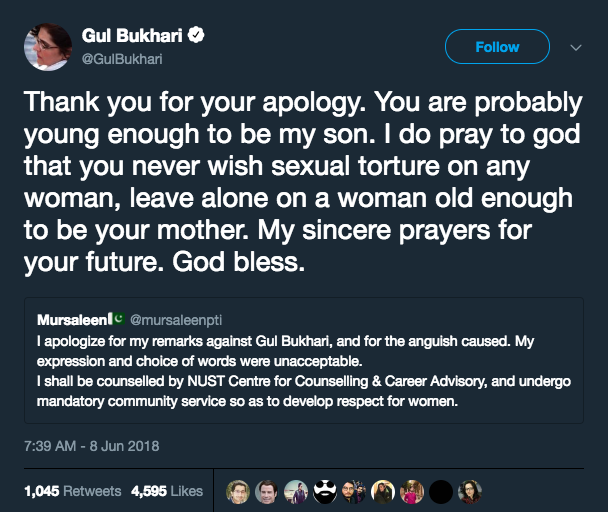 This incident is a classic example of how raising your voice against injustice and sexual harassment, can be highlighted and get the powerful machinery running. 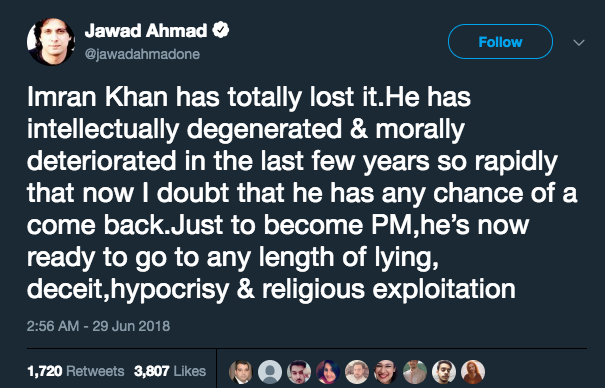 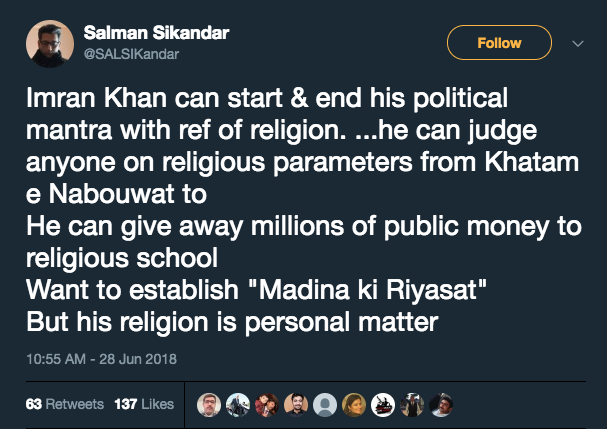 It is time people are more aware of their rights and duties as social media users. Freedom of speech does not mean promoting or supporting hate speech or threats. Let Elections 2018 be a healthy exercise in the battle of thrones instead of slit throat competition.

Umaima Ahmed is a print media journalist with over five years of experience. An Activist for Digital rights, Minorities and the Transgender community, she writes on related issues. Travelled and spent time abroad she now resides in Lahore trying to make a difference in the life of marginalised communities. She tweets at @umaimablogger