Perhaps more than most countries, Pakistan knows full well the price of extremism.

Social media is a far more free-wheeling and unruly entity with  no control or regulation  to censor the dissemination of the kind of speech that promotes bigotry and violence. In the recent wave of Pak-India hate, social media was a major  platform for dissemination of hateful and malicious messages.

In the wake of Pulwama terror attack that claimed the lives of 40 Central Reserve Police Force (CRFP) soldiers from India, the Indian Home Ministry had issued an advisory and asked all states to ensure safety and security of the students and people from Jammu and Kashmir living in their areas after there were reports of harassment.

Pakistan-based armed group Jaish e Mohammad (JeM) had claimed the attack. Following which, India had threatened Pakistan with military action repeatedly, blaming it for “controlling” the attack. Pakistan denied any role in the attack, and Pakistani Prime Minister Imran Khan had asked India for “actionable intelligence” in order to take action against any JeM operatives in Pakistan.

Pakistan reported the Indian airspace incursion, with military spokesman Major General Asif Ghafoor saying its air force jets were scrambling to respond, forcing the Indian aircraft to “release [their] payload in haste while escaping”. The incident escalated tensions between the two countries. 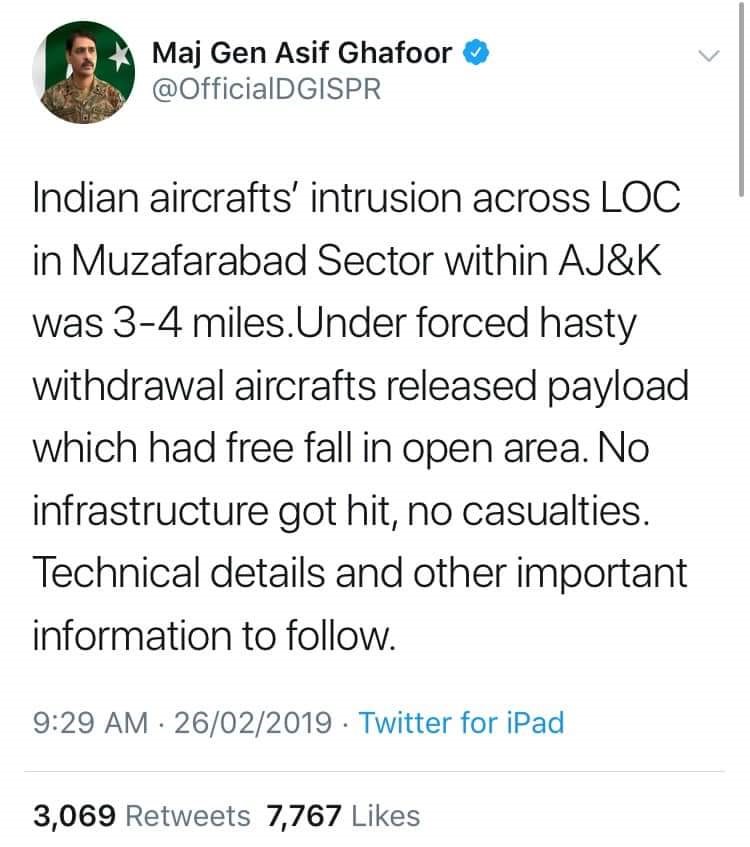 Many Bollywood celebrities took to Twitter to express their gratitude for the Indian forces. Indian Actor, Ajay Devgan’s tweet received a lot of backlash from his fans in Pakistan and many memes were created and shared in response. 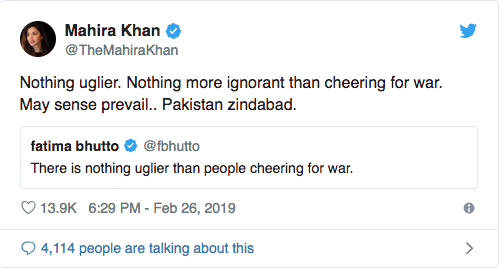 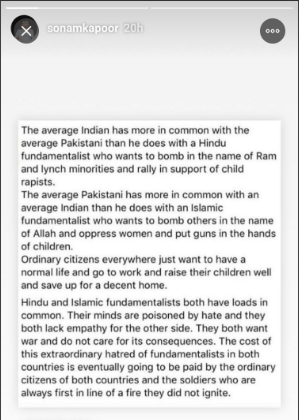 After the actor, Sonam Kapoor, updated her story, she faced backlash and trolling and was severely criticised from Indian fans. Soon after this strike, locals from both sides of the border also took to social media platforms to share hateful messages against the other. Indian locals celebrated their attack on Pakistan and praised their forces while Pakistanis made memes and jokes about how the payload they had released only harmed a few trees. Below are some screenshots of locals sharing their views regarding the situation: 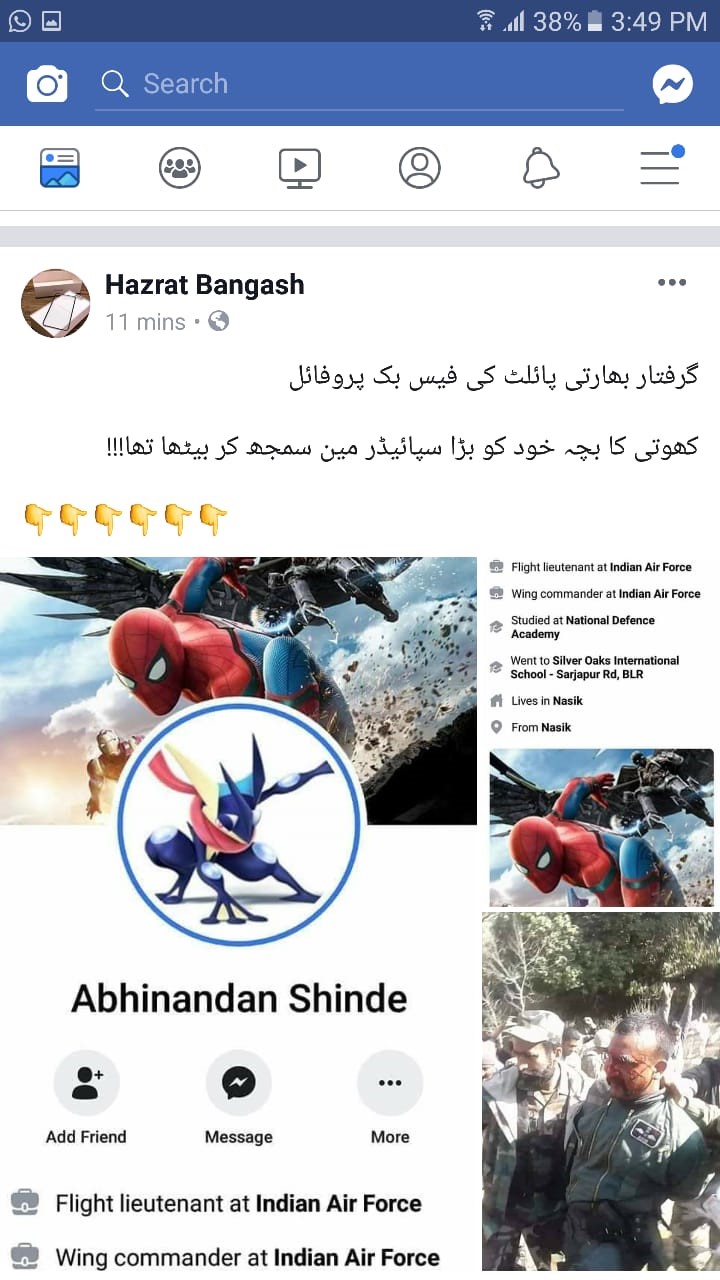 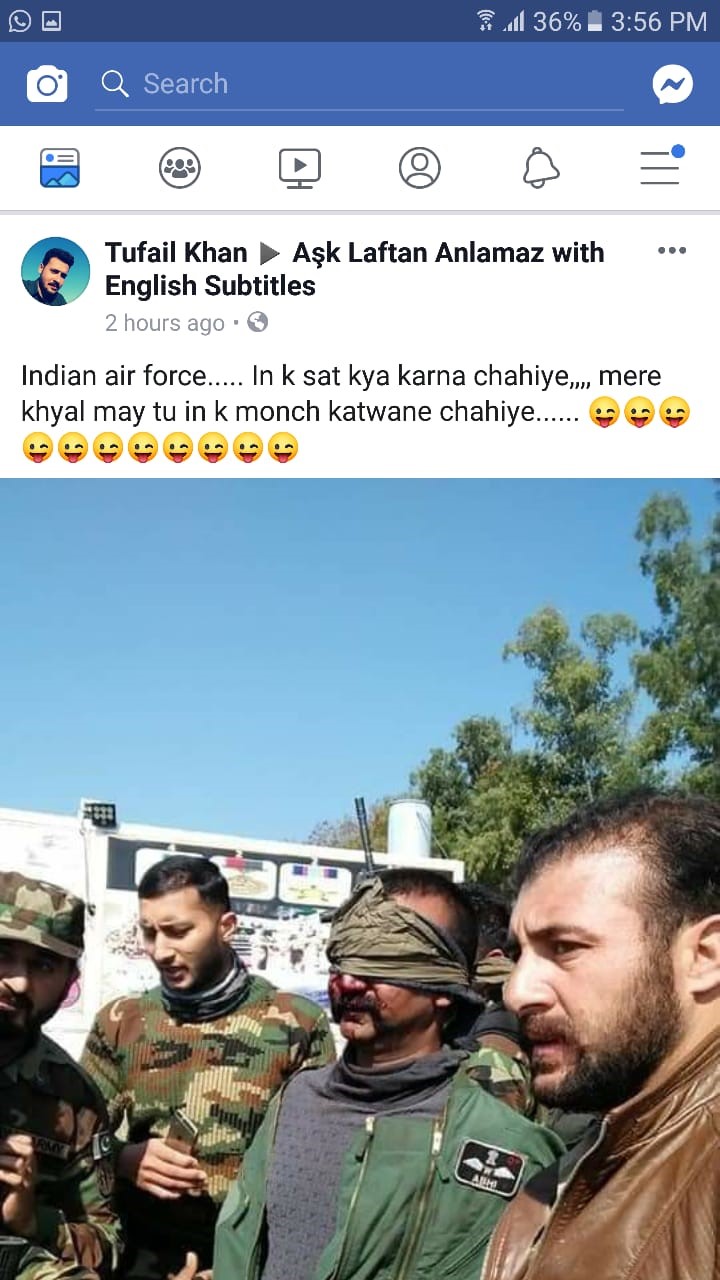 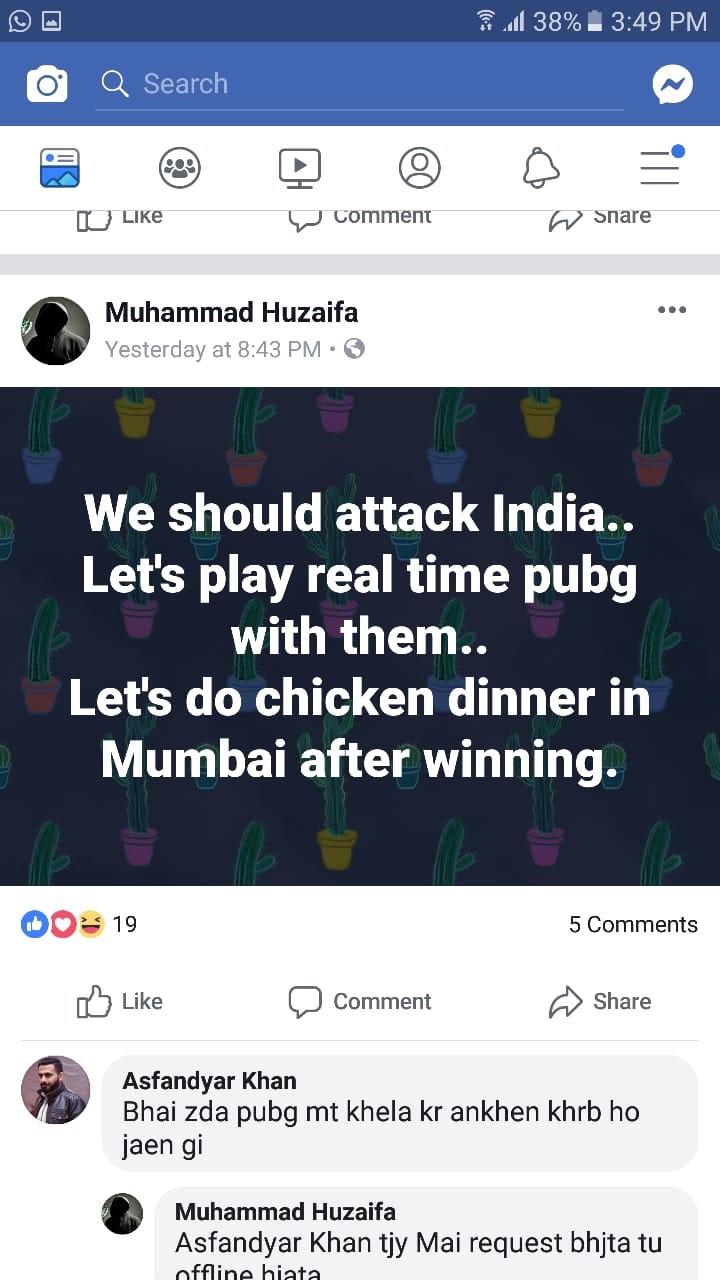 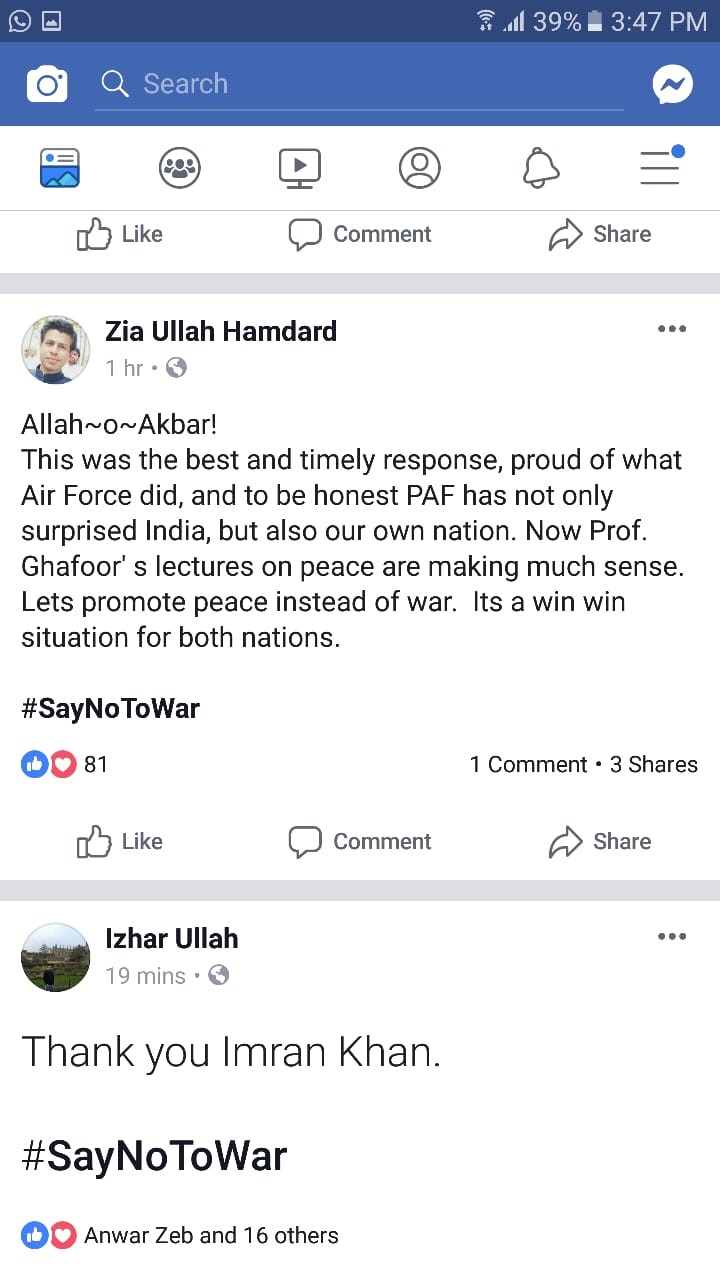 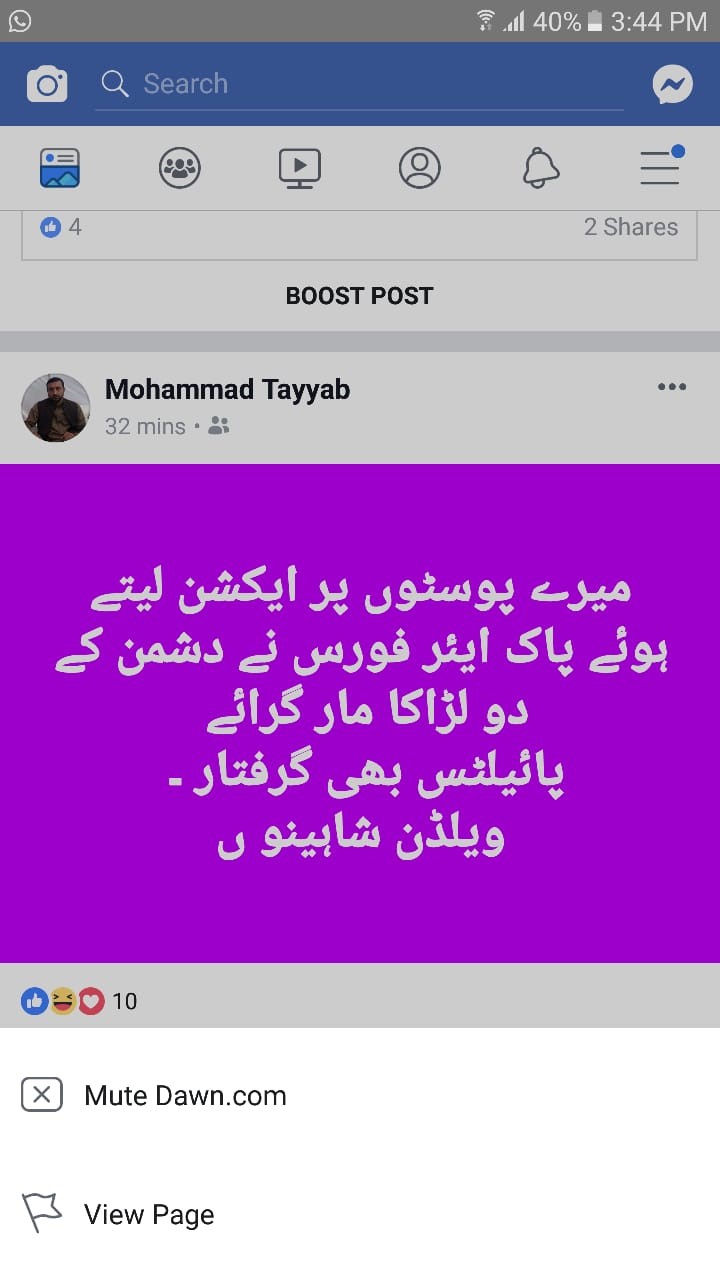 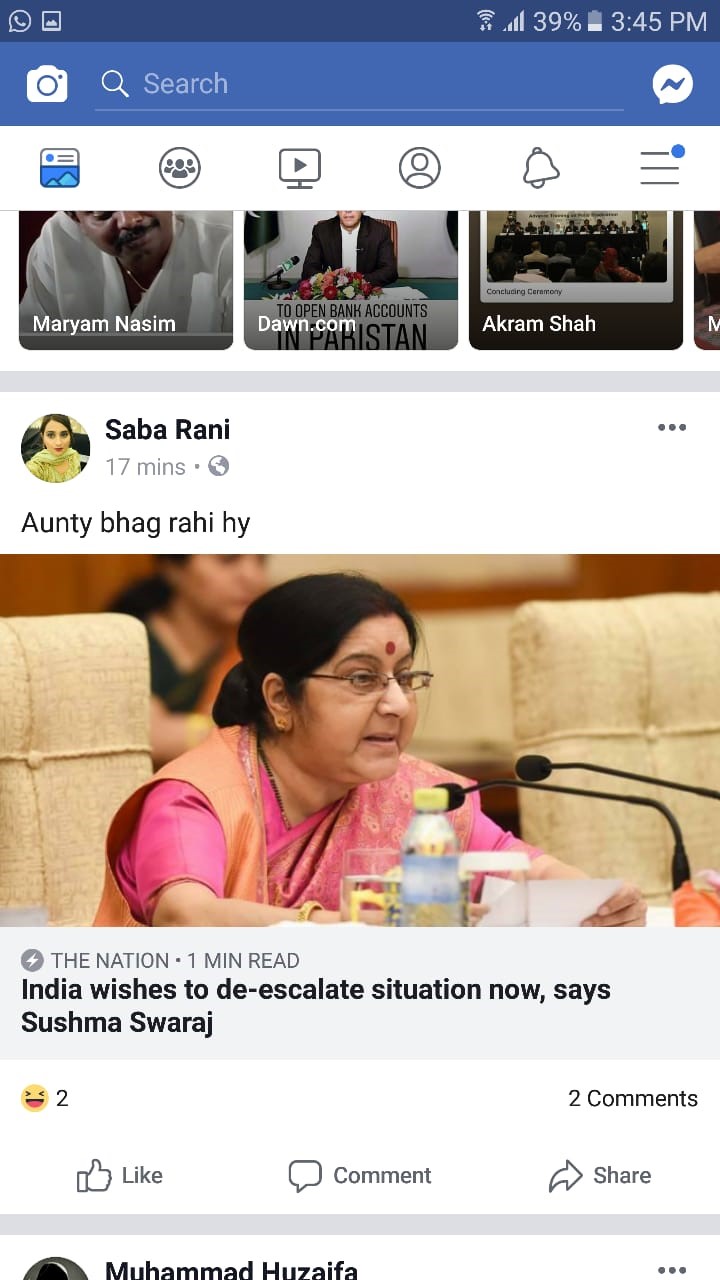 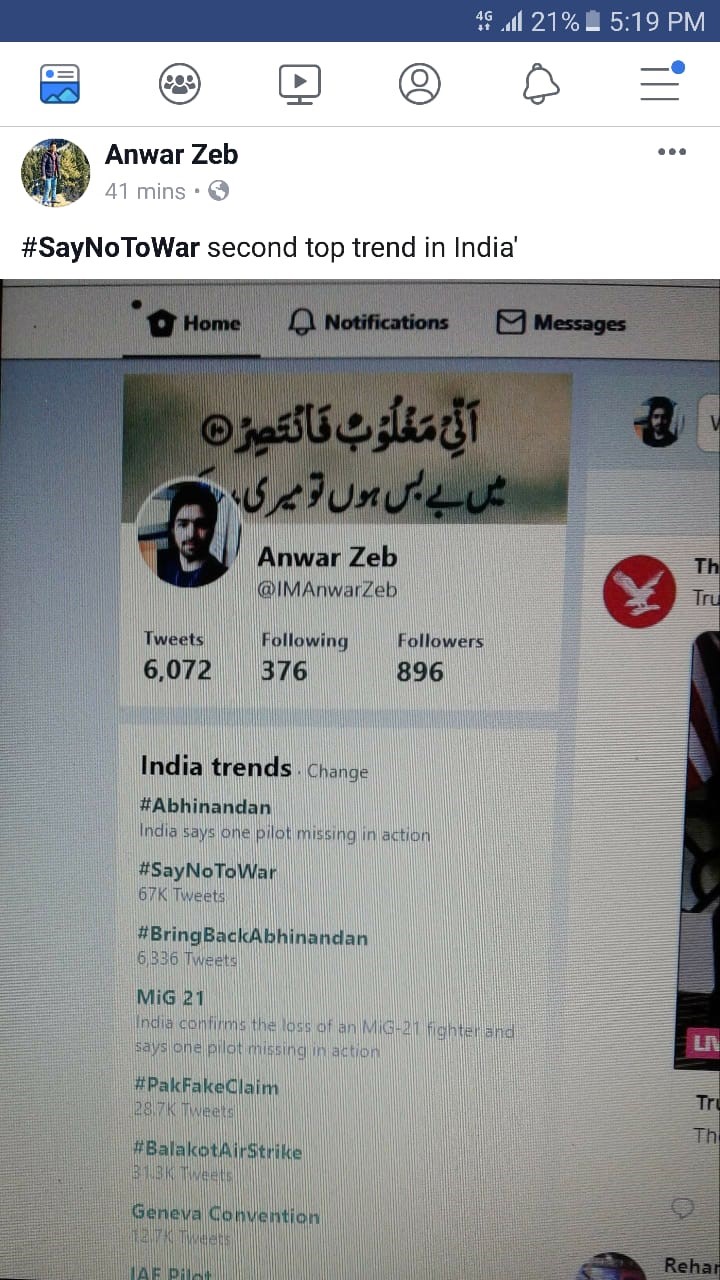 The next day, a dogfight erupted in disputed Kashmir, after which India initially said that all of its pilots were accounted for, contradicting Pakistani claims that they had captured a pilot. But Pakistan’s information ministry then released online – and later deleted – a video showing the pilot blindfolded and with blood on his face. Another video, in which the Wing Commander praises the Pakistan Army for treating him well was then uploaded, which went viral.

Social media users from both India and Pakistan took to Twitter on 27th February and used the hashtag #SayNoToWar which was trending on the microblogging  platform.

The hashtag was on the top trends in India on Twitter, positioned no. 2, at the time this was filed. The Twitter trends in Pakistan mirrored those in India. ‘#SayNoToWar’ was trending at no. 3.

Celebrities and other  Twitter users  took to the micro-blogging platform to express their concerns about the current situation in India and Pakistan. Here are some links that show this:

“While it is rarely discussed publicly, India and Pakistan have been embroiled in continuous offensive cyber and information operations against each other for years,” tweeted Alex Stamos, Facebook‘s former chief security officer. “This might be a situation where that low-level invisible war becomes a destabilizing factor.”