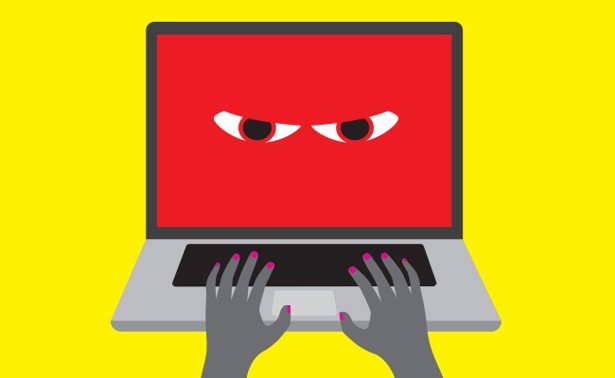 Freedom of speech has always been a concern in Pakistan where activists, journalists and politicians are not only threatened and harassed but also abducted and assassinated.

In the rise of political activities in Pakistan, freedom of speech again became a point of concern when PEMRA imposed bans on television channels from broadcasting live speeches of politicians during the election campaigns. PML-N narrative was specifically banned on which Nawaz Sharif contacted several journalists to present their narrative as he returned to Pakistan for arrest under corruption verdict.

One of these journalists was Asma Shirazi who is one of the most successful women journalists in the country. In a leaked video on social media, Sharif asked Shirazi why his interview with her was not aired. On which, Shirazi elaborated the ban; nor did she show support neither promised to air his narrative.

However, Shirazi became a target of trolls who supported the PML-N rivals. She was not only declared biased and corrupt but also slut shamed and harassed. 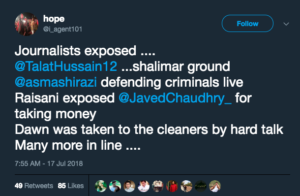 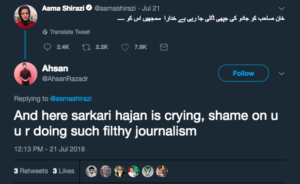 Earlier, another journalist Gul Bukhari was abducted on which a troll asked for sexual torture on her. This scenario points to the grave concern of sexual harassment and discrimination. Women have been a victim of harassment while they’re performing their professional duties.

‘’Are women digitally secure?” is a question that is now raised. Digital security has been ignored while women especially journalists and activists have become a victim of threats and harassment.

What we forget is that harassment of any form is traumatic for the victim. Threatening comments and character assassination in a country where people get murdered for honour is a bone of contention.

According to the Cyber Laws of the country, threatening someone is a criminal offence, yet no legal action was taken against the trolling against Shirazi. Media community showed support to the fellow journalist but the question still remains, are women safe online?

Women, Woes, and Wonders: The Rise of Pakistani Feminist Digital Art on Instagram

5 lessons for fighting the information disorder

Hamara Internet, literally meaning “Our Internet”, is a pioneer campaign by Digital Rights Foundation that seeks to acknowledge the increasing trends of eVAW and technology-related abuse, and to build a movement to promote a free and secure digital environment where women can participate freely.

Social media and feminism in Pakistan.