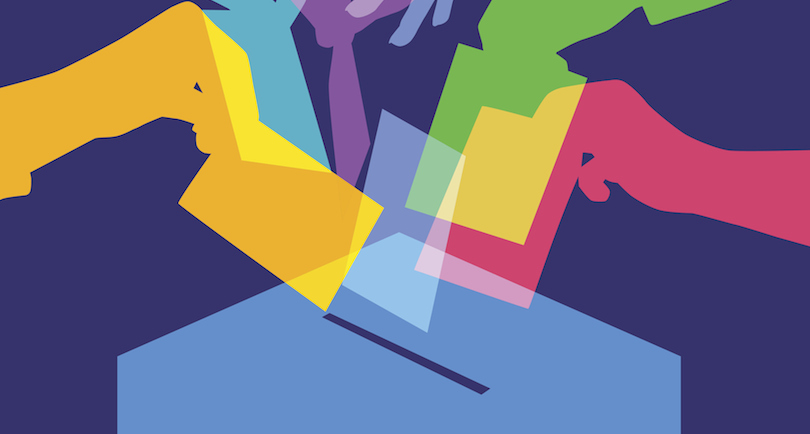 The Election Commission of Pakistan (ECP) has called the upcoming General Elections of 2018 to be the most expensive elections in the history of Pakistan.

General Elections in Pakistan are scheduled for 25th July, 2018. During these elections, one can observe a significant use of social media campaigning and technology. Deputy Director of Election Commission of Khyber Pakhtunkhwa, Khushal Zada, is reported to have said that they signed an agreement with Facebook about utilizing the social media platform to disseminate information related to the preparations for general elections. In Pakistan, around 4 million people are using Facebook, while 4 million people are using Instagram and 3.5 million are using Twitter. This provides a great platform to share information like whether you are registered to vote or texting CNIC on 8300 to know which polling station they are registered at to vote.

Moreover, Google in Pakistan will also show the signs and symbols related to general elections on 25th July, 2018 through its browser. Zaar Ali, who is the Deputy Director of Information Technology, is reported to have said that this time we are observing much more use of online spaces and technology to disseminate the information related to upcoming elections. He mentioned that besides Election Commission, political parties established their social media campaign cells in different areas where the young volunteers and team members are busy in sharing the manifestos and information about other activities of their political parties. They believe that this way, they can have a great impact on the users of social media platforms as they may be convinced to vote for those specific political parties.

Zaar Ali further mentioned that besides positive utilization of social media, one can also observe the negative use of these platforms. As we can observe many cases where political parties are sharing hate speech and other defamation activities against their competitive parties. It creates chaos among masses, which ultimately affects their decision to vote for the right and suitable candidate.

Khushal Zada, Deputy Director Election Commission Khyber Pakhtunkhwa, also said that they mentioned it in the agreement with Facebook to keep a check over the spread of fake news, including photos, videos and other information as they are observing massive hate speech and other such material circulating on these online spaces. He maintained that recently some people shared the fake news of the results of General Elections that is going to be held on 25th July on social media platforms. For this, Election Commission made a clarification that all such news are fake and of course the result of the General Elections 2018 would only be shared once it takes place.

Election Commission also reported that all the locations of polling stations would be available on google map, so it would be easy for the people to reach their desired polling station destinations. To tackle any unfavorable situations, a complaint emergency cell has been made at Chief Minister Secretariat, Khyber Pakhtunkhwa where people would be able to record all their complains related to general elections or unfair situations. There is a universal access number for the whole province that is 091-111-712-713.

On one side, social media spaces are being used by the major political parties for their election campaign as it also has a great impact, while on the other hand, women are also contesting elections on general seats for the very first time in the history of Khyber Pakhtunkhwa. As under the Election Act 2017, political parties were bound to ensure five percent of women participation on general seats. So in Khyber Pakhtunkhwa women would be contesting elections on general seats as Ali Begum from District Kurram Agency and another female candidate from Dir district are contesting on general seats. As due to cultural sensitivities, it is somehow difficult for a woman to address the public rallies and conduct her campaign. In such an environment, social media platforms have given them an opportunity to show more visibility on social sites and they are actively doing so.

Another important aspect to be noted here is that while the offline campaigns have come to an end 24 hours before the election day. However, social media campaigns of several major political parties remained active. This raised interesting and troubling questions regarding the ability of the Election Commission of Pakistan (ECP) to monitor and regulate social media as reported in a press statement by Digital Rights Foundation.

Use of technology is also an important aspect of general elections this time, as the presiding officers would be submitting their results in soft form through a website. This can mean that these elections have increased transparency.

On social media websites people are conducting different surveys and sharing their opinions about the expected leaders. That also had a great impact over the masses, as people started believing the fake posts and surveys that gives details about the expected results of general elections. While social media also provides a platform to the people that they can discuss about political parties and share their opinions, it also leads to increase the political awareness of the people that is important for them.

Naheed Afridi who is a social and political activist has said that the use of technology and social media is very great step as it gives leverage to women. As we are living our life in strict conservative Pashtun society where it is difficult for women to address the public gatherings, through social media they can easily convey their messages and conduct their election campaigns. Moreover Election Commission provided the number 8300 through which women can easily get to know about their polling stations. As in the elections of 2013 it was difficult for women to identify the details of their vote registration but now they know about their polling stations, which is a great step.

Online web-based life has provided a wealth of information. However, whether assessment models are appropriate for describing sentiment arrangement via web-based networking media still requires investigation.

Author: Zeenat Khan
Zeenat is a journalist and a member of Network of Women Journalists for Digital Rights.