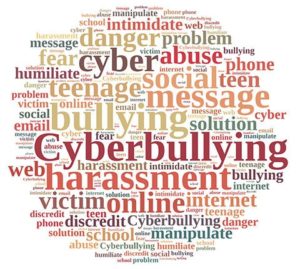 On 25th August 2018, a renowned journalist, analyst and anchorperson Saleem Safi said in an interview on a private TV Channel that Imran Khan is claiming to bring change but how is change possible if all the ‘old faces’ have entered the National Assembly once again. Saying this, he asserted that it will be difficult for Khan to build a new Pakistan with the support of ‘old faces’. He also criticized that the new Prime Minister, Imran Khan, was checking through the bills of Prime Minister (PM) house to identify the expenses that were made by the ex-Prime Minister, Nawaz Sharif. While doing this, he found that the ex-Prime Minister had paid all his family expenses from his own pocket. He further mentioned that Imran Khan was claiming for simplicity but still he has ordered a new bed for himself.

Saleem Safi, in his interview, also claimed that the former Prime Minister Nawaz Sharif paid for all the expenses in the PM house from his own pocket. He posted images of some of Nawaz Sharif’s receipts of different ceremonies to Twitter. These can be found below:

Soon after this interview, the workers of Pakistan Tehreek-e-Insaaf started trolling Saleem Safi in a negative way. Edited pictures were shared with abusive language on social media. People started calling him ‘lifafa’ journalist (which is a term denoting corrupt journalists) and started a slander campaign against him. Social media trolling created an unrest among journalists all over the country as it is the duty of a journalist to highlight issues and make authorities accountable. However, recent incidents have shown that journalists can become victims of trolling and cyber bullying for merely performing their job.

Following the online harassment incident of Saleem Safi, the journalists from Khyber Pakhtunkhwa province of Pakistan, showed solidarity and extended their support to him. On 27th August 2018, the journalists in Peshawar staged a protest against Saleem Safi’s harassment outside Peshawar Press Club. Protesters demanded that the culprits should be identified and punished. Alamgir Khan, President of Peshawar Press Club, told a member of the Network of Women Journalists that they will not accept any negative propaganda against a well-known journalist. He also said that it was a shameful act on part of the workers of an organized political party to be involved in such slander campaigns and propaganda.

Alamagir further maintained that they hope the negative propaganda will soon be stopped or they will have to approach the Chief Minister or if need be, Imran Khan, who is the leader of Pakistan Tehreek-e-Insaaf in order to take up the issue of cyber bullying and online harassment by PTI workers. He also said that their peaceful protest will continue till the culprits are brought to justice.

An article of Saleem Safi was published in Jang newspaper on 28-12-2011, where he categorically alleged PTIs workers and sympathizers for abusive attacks and threats against him. This does not come as a surprise as such has been the usual behavior of PTI workers on digital platforms. If one happens to criticize PTI, one is bound to face the wrath of their workers. A couple of weeks back Nazir Naji, Sana Bucha, Nadeem F Paracha & lot of others criticized him on a TV program while Faisal Qureshi already complained about the unseemly and risqué comments from their followers on Twitter and Facebook.

After the program ‘Jirga’ with Imran Khan, Imran Khan’s followers reacted negatively and started abusing and threatening Safi through emails and on Facebook. According to Safi, he will not respond to them in the same manner. He is reported to have said, “my parents never taught me to abuse anyone” and “I will continue to criticize PTI and Imran Khan in the future as well if I deem their actions are unfit”. Safi personally knows Imran Khan since he was the student of Intermediate. Over the threatening statements, Safi said that “Imran Khan’s followers should accept that he is not a pure tribal man or Pakhtoon while I am one”. In politics, people are bound to face criticism and it should not be taken personally by the followers.

The journalists in the provincial capital of Khyber Pakhtunkhwa pledged support to anchorperson Saleem Safi against the smear campaign on the social media.

The journalists holding placards inscribed with slogans in support of Saleem Safi were also addressed by General Secretary of Peshawar Press Club, Shahabuddin Khan, senior journalist Shamim Shahid, political worker Afzal Khamosh and others. Saiful Islam Saifi said that the entire journalist community in Khyber Pakhtunkhwa stood by Saleem Safi. He also said that the political workers who were angry at him for criticizing their leader should learn to tolerate dissent.

Saiful Islam also said that journalists could not be pressurized through such defamation campaigns. Shamim Shahid stated that even the worst dictatorial governments could not stop journalists from speaking the truth. He demanded the government to form a commission as per the demand of Saleem Safi, conduct a transparent accountability of journalists and called that such smears campaign should not only be condemned but also stopped immediately.

Beyond Populism: The Power of Political Invisibility

The Mental Torture and Abuse against women of Quetta

Hamara Internet, literally meaning “Our Internet”, is a pioneer campaign by Digital Rights Foundation that seeks to acknowledge the increasing trends of eVAW and technology-related abuse, and to build a movement to promote a free and secure digital environment where women can participate freely.

Social media and feminism in Pakistan.