THIS BLOG HAS BEEN WRITTEN BY ZEENAT KHAN , MEMBER OF  DRF’S NETWORK OF WOMEN JOURNALISTS FOR DIGITAL RIGHTS.

Social media has reshaped how people approach feminism, not only in Pakistan but around the globe. This is exemplified by the #MeToo movement, which rocked the world with its revelations. It has spread across the globe and crossed all racial, social, cultural, political, economic, and all other boundaries. 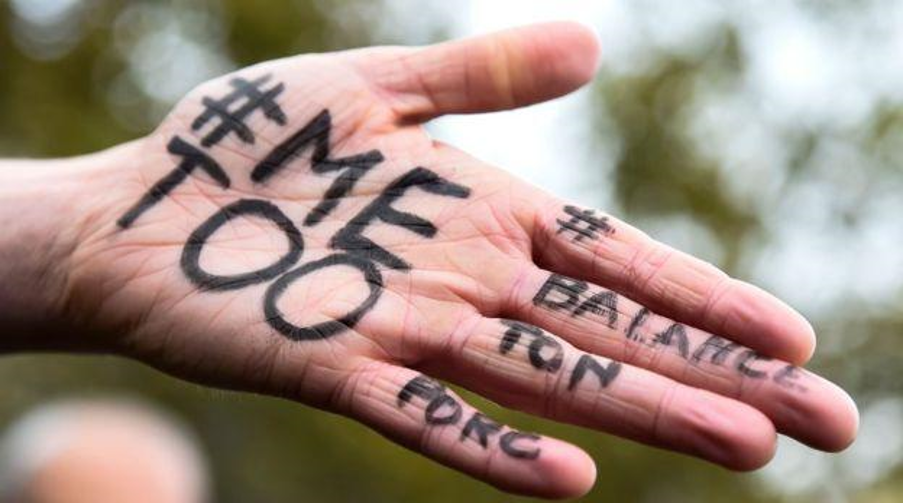 This digital campaign gained power on October 15, 2017, when in response to accusations of sexual harassment against Hollywood film producer Harvey Weinstein, actress Alyssa Milao posted a tweet from her Twitter handle commending women who have faced sexual assault or harassment to post a status on social media with the hashtag #MeToo to realize the people about the magnitude of the issue. On the very next morning when she woke up, she found that more than 30,000 people had used the hashtag #MeToo and shared their painful experiences of sexual harassment in different spheres of life. Pakistani women also started sharing their experiences of sexual harassment. Meesha Shafi who is a well-known singer also share her painful experience of Sexual Harassment from her colleague and singer Ali Zafar through her Twitter handle along with the hashtag #MeToo. Later on she went to the court and now she is fighting her case. 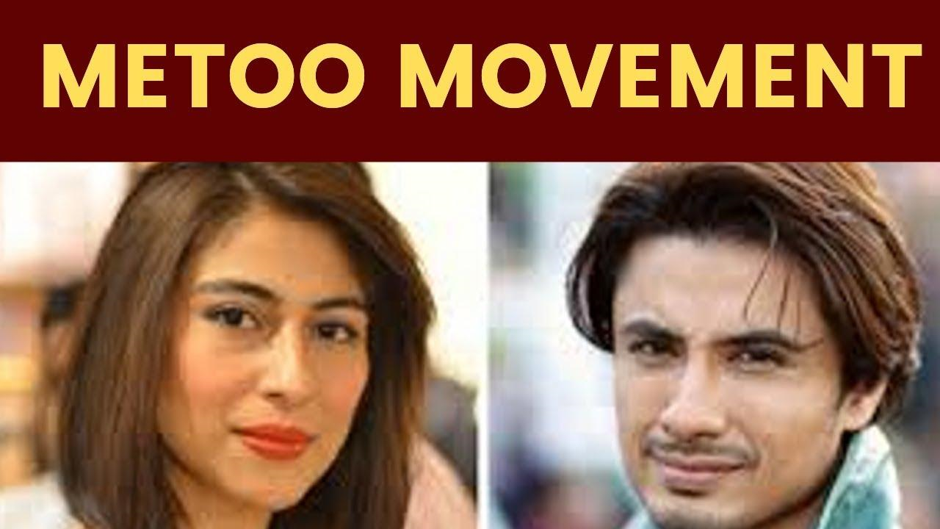 This social media campaign shed light on sexism across industries, including the humanitarian aid sector, and gave women a platform to speak out about the sexual abuse they faced. As women are still underrepresented in mainstream media generally as in Pakistan there are very few stories and issues of women that get reported by mainstream media. Still you would find the women on Fashion pages or in advertisements while the social media encourages a more level playing field for everyone including women, allowing and raising women voices from a wider array of settings and countries, with or without traditional power and oppression, to be heard. Truly, social media has opened a new frontier for women’s rights defenders and activists. 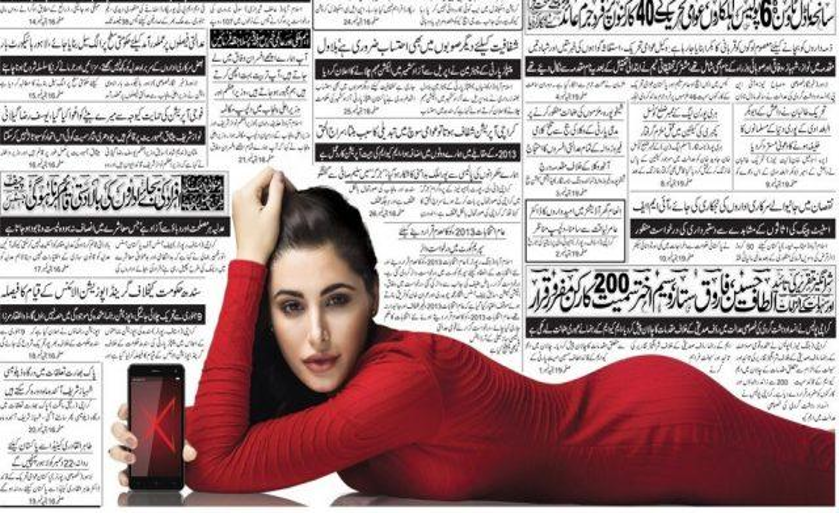 According to the 2017 Women’s Media Centre report, Women are provided with the space of only 38% of total by-lines in print, TV, Internet, and wire news. While only 15% of Wikipedia contributors and writers are women. As discussed in a CFR paper, women are also underrepresented in the technology sector significantly. In a study at the Qatar Computing Research Institute, researchers found that in countries with large gender inequities in offline life, women were more likely to have significant online presence. As we can see the example of Pakistan where Women on average has more followers and likes on Google+ (twenty-five versus sixteen) and Twitter (600 versus 222) than their male counterparts.

Social media gave a voice to feminist activism, opening up participation to anyone with a Twitter account and also provided a platform to fight the patriarchal system. Further social media in reality made this world a global village, by removing the barriers of distance, race, culture, social differences and geography. There are social media sites like Facebook, Twitter, Tumblr, and Instagram that have made activism easier than ever, facilitating and providing a platform for public dialogues that leads to social awareness and positive change.

The accessibility and connectivity of social media allows communities and groups to be created between diverse people who support common causes as social media removed barriers among people. The speed and connectivity of social media means that these communities or groups can be created and mobilized in a speedy manner, seeing quick and impactful action. Social media provides a significant space not only for organizing and mobilizing the masses about a common cause or feminism, but also for questioning, learning and follow-up preparation.

There are numerous examples where social media has seen the creation of vast networks through ‘marginalized users’. These networks and groups spread the message of essential people in social media movements who are engaged and creating content. While often these marginalized users are put in the ‘clicktivism’ or ‘slacktivism’ baskets, they seem to play an important role in strengthening protest messages.

Social media provides an instrument to tackle power inequalities. It has leveled the playing field somewhat for women and for other marginalized groups and communities. This major shift in power also comes with the creation of communities and groups. Ordinary and common people can use social media platforms to do extraordinary things, through emotional appeals, raw dialogues, personal leaks or simply sharing the encouraging actions of ambitious individuals. Social media’s ‘leaderless movements’ have paved the way for people to choose their own champions and leads. People can choose who to follow and how to promote their own communities and finally drive action, often in the form of protest.

Nowadays, a big number of activists started using social media to raise voice against injustice and appeal to the concerned authorities to act and resolve the issues. One of the most recent examples is of the rape and murder case of Hooz Noor, who was a minor girl from Nowshera district of Khyber Pakhtunkhwa. The girl was kidnapped, raped and killed. While the social media activists started a social media campaign and demanding the authorities to take strict action against the culprits. In some time the #JusticeForHoozNoor became the trend of Pakistan. As a result, the Chief Minister and other Ministers of Khyber Pakhtunkhwa not only visited the victim family but also promised to provide full support and justice to them. 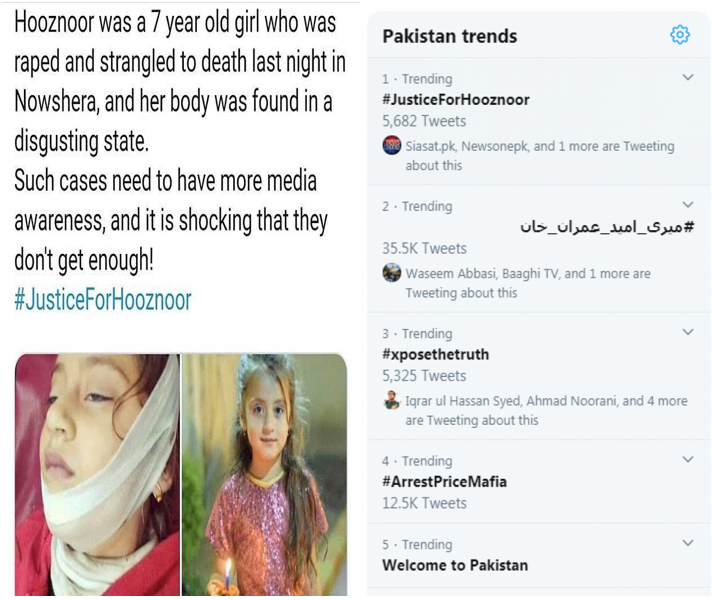 Now the traditional media is also following and keeping an eye on social media as many things that get reported on social media were also reported by traditional media. Recently a lady named Zeenat Bibi from Peshawar lost her job just because she was bringing her infant to her workplace. The NGO she was working with was working for women rights while motherhood is a basic woman right. After her resignation she posted the screenshots of her resignation and the response letter of the organization from her twitter handle with the hashtag #SupportWorkingMothers. Soon the news spread like a wildfire and mainstream media reported the issue at wide scale. As a result, the concerned authorities that include the Social Welfare Department, and Provincial Ombudsperson started investigations of the case. 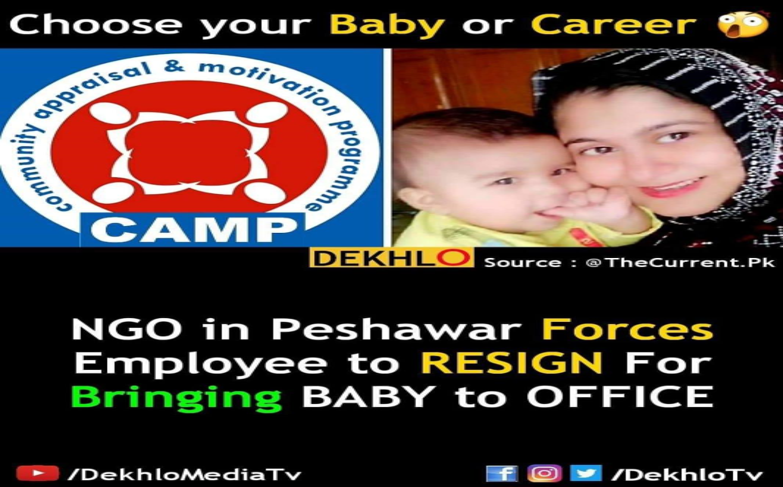 On the other hand, the women members of Provincial Assembly of Khyber Pakhtunkhwa presented a resolution in KP Assembly. In the resolution it was mentioned that every organization should provide a day care for the infants of working mothers so they would be able to work in a great manner. 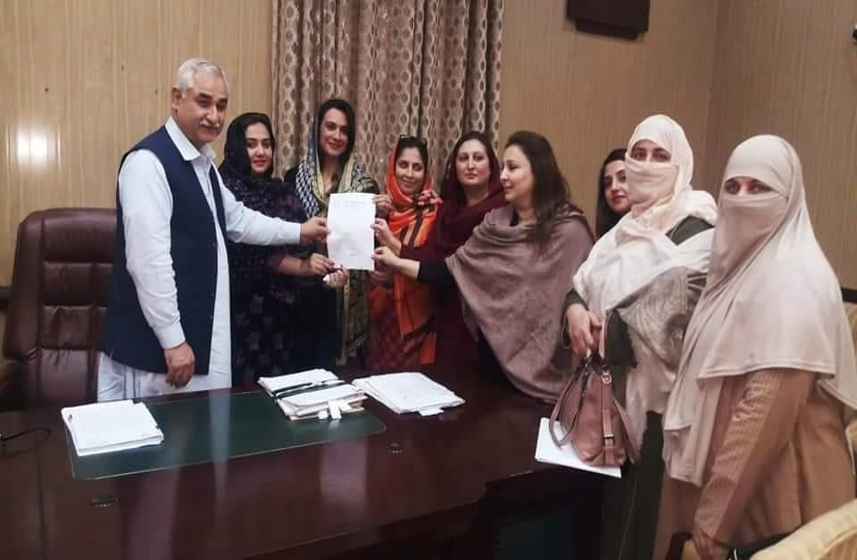 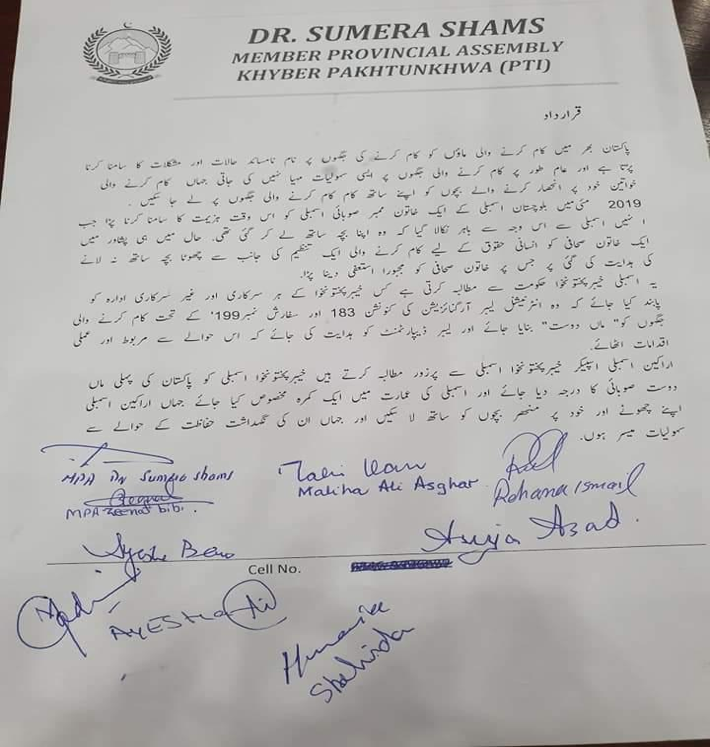 So we can say that the internet has created one big happy world of fairness and equal opportunity. Power dynamics in the online world are still ruled by access, procedures and gatekeepers, those who are controlling how certain content is consumed and which topics and voices are going viral.

But these power differences seem to shift more willingly in the online world. Social media strengthens voices which would have gone unheard, thanks in part to marginalized users expanding their reach and access. And for feminism, social media has become the ‘entrance’ for many people to feminist morals and the possibility of fighting back against gender discrimination, sexism and the patriarchy.