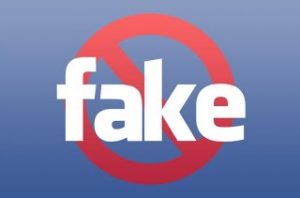 This blog has been written by Jalila Haider, Member of  DRF’s Network of Women Journalists for Digital Rights.

How does it really feel when you wake up in the morning to see a large number of people commenting on your Facebook post and slut-shaming you for things they know nothing about and blaming you without ascertaining the nature and authenticity of a particular news. What impact does it have on the mind of a person when someone living thousands of miles away calls you a whore, a bitch, a characterless woman and hurls other similar or worse derogatory insults at you without having met you even once? How traumatic does it feel when people start posting your pictures on fake social media pages without your consent and consider it their birth right to shame you?

The ‘Next Billion Users’ of smartphones will emerge from four developing countries including Pakistan, according to a Google representative in 2017 (https://tribune.com.pk/story/1573034/2-google-puts-pakistan-among-4-countries-will-give-next-billion-smartphone-users/). While the usage of smart phones has increased at a ferocious rate, in Pakistan, women users do not have the absolute control of their cell phones and passwords. Research shows that many women, particularly those belonging to the rural areas and lower income households, have to share their passwords with the male members of the family. Also, women have to get their SIMs registered in the names of the male members of the family. On the other hand, it has been observed that men are more liberated in not only owning smartphones but also using social media for networking. In Pakistan the emergence of social media and social networking has opened avenues for social change but at the same time it has also played a disastrous role by promoting hate, radicalization and misogyny. There has been a spike in the use of fake IDs and pages which sometimes go beyond the control of state and social media companies. Individuals suffer the worse extent of trolling and harassment via these accounts and they cannot even know the identity of those behind such acts.

In 2016, Pakistan introduced Prevention of Electronic Crimes Act (PECA) but many people are neither aware of this Act nor understand how it can be used to protect themselves from blackmailing, harassment and stalking. It is also pertinent to mention here that as the number of cases of cybercrimes is increasing rapidly, we can also see that activists and human rights defenders are being attacked or harassed on social media as a tool to discourage them from their struggle to uphold and protect the rights of people. Studies show that most of the cybercrimes are motivated by monetary, political and/or social factors. There have been a number of cases where pictures of women were used to blackmail them and/or to take revenge on personal matters while discouraging them from speaking up to challenge the norms of strong patriarchal practices. It has also become a serious issue that a large number of social media users share news and images without any verification, hence, unknowingly becoming supporters in the proliferation of fake news.

Pakistan must have a strict policy on cybercrimes and the concerned departments should take rapid action to counter fake IDs which affect the lives of individuals, specifically women who’s via fake accounts that blackmail, harass, stalk or defame them with criminal motives while hiding their real identities. This goes on without any checks and the culprits roam around with impunity. Even though PECA 2016 is a useful law but it is slow in execution which leads to miscarriages of justice, as well as affects the evidence which helps and encourages the culprits to take the benefit of doubt. In law there is a maxim that there is no wrong without remedy and we are hopeful that one day the users of fake IDs and admins of pages will reach to their fates.

Fake Identities are not only harming individuals but are also dangerous for the state where non-state actors can easily promote their propaganda and achieve their objectives. The best way for the citizens is to believe in the due process of law and follow the legal procedure rather to accuse and doubt someone without verification. I believe it is not us but them, and it is the privilege of impersonation but reality will expose itself in some way or the other.